Peninei Halakha is a comprehensive series of books on Jewish law applied to today's ever-changing world. In this series, Rabbi Eliezer Melamed s well-organized, clear, and concise writing style brings the halakha, from principle to practical detail, to readers of all backgrounds. With over 500,000 copies in circulation, Peninei Halakha stands as one of the most popular and useful halakha series in Israel today.

Rabbi Eliezer Melamed is rabbi of the community of Har Bracha and head of its hesder yeshiva. His Peninei Halakha series has sold over 500,000 copies in Hebrew and is used as a textbook in many schools. In 2013 he received the prestigious Rabbi Zvi Yehuda Kook Prize for Jewish Creativity. 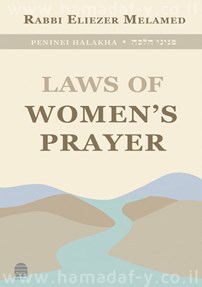