Rabbi Marc D. Angel with Rabbi Hayyim Angel    הוצאת Urim Publications
Rabbi Haim David Halevy (1924-1998) was one of the great rabbinic luminaries of his era. A prolific author and teacher, he was a gifted halakhic scholar, a devotee of kabbala, and a creative thinker who applied Torah wisdom to the dilemmas of modern times. From 1972 until his death, he served as the Sephardic Chief Rabbi of Tel Aviv.
Influenced by the profound and compassionate teachings of his mentor Rabbi Benzion Uziel, Rabbi Halevy represented the best in the Sephardic tradition of the Judeo-Spanish Sephardim. His monumental knowledge and keen insight were widely recognized. He won many prizes for his intellectual achievements, and in 1997 was awarded the Israel Prize by the State of Israel in appreciation of his significant contributions to Torah scholarship.
In this book, Rabbis Marc and Hayyim Angel provide an analysis of the teachings of Rabbi Halevy on a wide range of topics: confronting modernity, rabbinic responsibility and authority, metaphysical issues, questions of faith, the role of customs, Jewish education, governing the Jewish State, and more. Rabbi Halevy was a gentle, thoughtful scholar. He was also a courageous thinker who was not afraid to consider old questions in a new light, and to break new ground in the field of Torah studies. Rabbi Halevy viewed his books as his "yeshiva." By studying this book, readers will have the special privilege of being part of Rabbi Halevy's "yeshiva" and learning Torah from one of the great sages of modern times 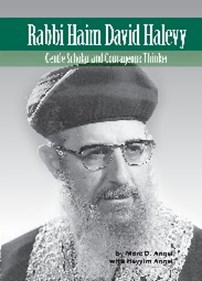 The Juggler and the King