Michael Kopiec    הוצאת Devora Publishing
In October 1941, Misha was a Soviet Intelligence Officer leading a special squad on a dangerous mission behind Nazi lines. Probing Nazi supply routes around the recently fallen city of Kiev, he witnesses the immediate aftermath of the mass murder of Jews at Babi Yar, and becomes convinced the Nazis intend to destroy all of European Jewry. Because, like the victims of Babi Yar, Misha is also Jewish, he realizes he must return home to save his family members who are trapped in Nazi-occupied Poland.
Setting out from the wintry depths of the Ukraine, Misha disregards the danger of traveling over one thousand kilometers through Nazi-held territory because his entire being is focused on a single mission: reaching his family in time. 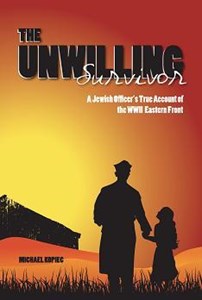 The Joy of Educating Children