To Play With Fire

Tova Mordechai    הוצאת Urim Publications
How does Tonica Marlow, an envangelical female minister, find her way to becoming Tova Mordechai, an Orthodox, practicing Jew?  To Play With Fire is the riveting tale of one who rose through the ranks of her religion, educated and ordained at a noted theological seminary - not only as a minister, but as a "prophetess" of her faith - while remaining unfulfilled, despairing and numb inside. Born the daughter of an Egyptian Jewish mother and a British Protestant evangelical father, Tova Mordechai presents the powerful real-life account of her tumultuous journey to Judaism as she grapples with Christianity and finds freedom in her Jewish roots. 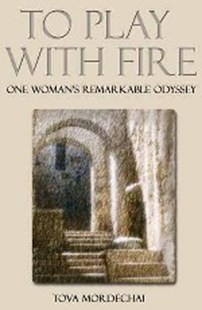 To Play With Fire

עבור לתשלום
To Play With Fire